A failure – or just not a cat? 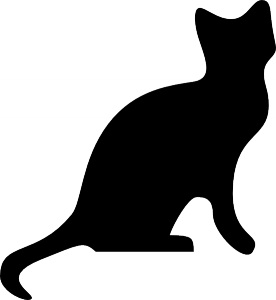 Writing about the Happenstance project funded by the Digital R&D Fund for Arts and Culture in England , Chris Bilton suggests that arts and cultural organisation might want to learn to fail . Yes, I thought, how true – but then started to wonder how we ended up getting worried about success and failure in cultural production the first place. Pouring from the play area into the locker room, an exited bunch of kindergarten kids once proudly presented the waiting parents with pictures of cats. Only my brother came empty-handed. “Where’s your cat?”, my mum enquired. “Ach no, mine didn’t turn out a cat”, my brother dismissively shrugged his shoulders, unperturbedly put on his coat and shoes and walked out to continue play at home.

Not an issue, not a failure, just not a cat.

Producing arts and culture is often linked to play. Painters play with colours and forms, theatre actors avoid the word “work” and use “play” instead  , “playful” is a staple of arts and culture critics. In play, failure and success don’t really matter. What matters is the process, the enjoyment of the moment, and then the next idea, the next play. So how and when do we move from artistic playfulness to a situation where not producing a cat is a failure?

Clearly, external recognition plays an important role. When outcomes come under the scrutiny of peers, markets or funders, whether you have produced something that is recognised as a cat matters. For your reputation, your career, your bank account. “The arts organisations,” Bilton recounts, also using the play-metaphor, “were playing for high stakes.”  However, our research on the projects funded by the Digital R&D Fund for the Arts and Culture in Scotland shows that space to play without watching the stakes is what the projects value most about the Fund. So much so that one wonders if the space to play, to innovate, to be creative is otherwise being squeezed out of cultural production. Do we need to better protect space for play in cultural production? Space where we don’t have to worry about whether it’s a failure or just not a cat? If yes, how can we find that playground aside from markets for public recognition or funding? Can an initiative such as the Digital R&D Fund demonstrate the usefulness of playgrounds? Watch this space to see how the debate plays out…

Research Funding Officer for the Faculty of Natural Sciences, typically blogging about funding, social media and my perspective on the research funding environment.
View all posts by Fiona Millar →
This entry was posted in Uncategorized and tagged Cultural Production, Digital R&D Fund for Arts and Culture in England, work and play. Bookmark the permalink.